Emerging New York based American designer Abigail Stewart draws inspiration from both the weird and the wonderful.

What effect (if any) do you think your childhood has had on the creativity you display as an adult? What are your earliest memories involving fashion?
Ask my family, and I’m sure they’d tell you I’ve always lived on my own planet. It’s in my nature to hang out in a dream reality. I spent early years living in a remote part of Maine, where other kids were scarce, but there was an abundance of woods and snow and ocean and building supplies. I was great at playing by myself. In a place like that, it was setting up forts in a tree, zipping on a snowsuit, paddling around the pond on a wooden float, making up little dramas, painting on the walls. My mom used to order hat-making kits and costume sets that came in the mail. I rocked straw sunhats I made with janky feathers hot-glued around the brim. As an adult, I’m basically the same. Designing requires me to hang out by myself in a dream reality and make up dramas, then produce beautiful clothes around those fantasies. Obviously I still use hot glue and feathers wherever possible.

Have you ever doubted your talent/work? If so, how did you work through it?
You know, my muses are usually rock stars, because they do what I don’t: walk onstage, sing about their feelings, get naked (in some way or all ways) in front of unbelievable numbers of people. I don’t perform, but every time I finish a piece, I’m revealing myself to you, because all the work is personal, or I wouldn’t let it out of the studio. There’s no way to get real in public and not doubt your performance sometimes. I worry about whether I completed my assignment in the most interesting way while also making it functional; I worry about whether it’s as beautiful as possible; about whether I gave the idea enough time to come to life. When I get in that headspace, I’m sometimes smart enough to call my friends or family. Everyone close to me has some speech they give to remind me those thoughts are part of the process.

Who/what is something or someone fabulous that you think is underrated or overlooked?

For the last few years, my favorite author has been China Miéville. China’s a famous sci-fi writer because he’s a genius, so it’s not like he’s overlooked – it’s just that his early, more obscure work is my favorite, and that stuff doesn’t get talked about much. Perdido Street Station ranks in my top 5 of all time. The monster lore in that book is some of the scariest shit I’ve ever read and I will never forget any of the details because the world in that story is different from anything that’s been done before. But the best part for me is his language – it’s so extraordinarily beautiful, I stood in the aisle of St. Mark’s Bookshop in the East Village with my jaw open reading the prologue. He’s the sort of artist that makes me want to kick more ass at what I do. I mean, I’d make that man a handstitched leather space suit with luchador mask and wings if necessary in exchange for a nerd date.

Is there a project you are most proud of?

A few weeks ago, we shot a campaign for the FW 2013 collection, and that shoot was very special for me. The FW 2013 clothes represent elements you’d find at a county fair – cotton candy, carousel animals, actual animals, laser lights, rusted metal. For months, I’d wanted to shoot that collection using glow sticks, to represent the motion blur of neon lights in a traveling carnival. My photographer, Natalie, worked out a way to do that. We shot in the middle of the night, in the pitch black, in an open field, way up in the Bronx. My best friend ordered an FBI-grade flashlight so we’d be able to see at 2 am. My team of 8 dressed up in black and ran around for hours happily waving glow sticks in the air like NYU students in the Experimental Theater Wing. It was my creative family, having a tremendous time, because I asked them to go there and do those ridiculous things. Then you see the results, and the joy is obvious in the pictures. Any struggle in this business is worth it for that.

Has commercialism had any impact on your work? Is this good or bad?

Yes, but only in the best way. Commercial requirements haven’t felt like an impediment because they actually give me boundaries to manipulate. When I’m not monitored or restrained, I’ll work until I can’t see what I’m doing; I overthink because no one is telling me why the idea needs to take a certain form. The creative magic can start looking like a trip; I’ll stare at a tiny detail until it suddenly becomes the size of the room. That Alice in Wonderland thing doesn’t happen as much when I’m designing within a set of parameters. I’m free to break the rules, because I get what they’re for. Fashion design is art, but it’s also product development – the products have to blow your mind, but they also have to work.

What is your design process?

Source material first. In my head, the clothes costume something – a song, a scene from a book, a story I know, an alternate version of a movie. Then the soundtrack: playlists are of paramount importance. I’ll repeat the same song for hours if I have to, in order to get the energy of a sketch right. Usually I have a palette early on, because the colors come from the tone of the source material. The collection, like a story, can take place at certain times of day, or in certain locations, and that can determine the hue. By the time that’s settled, I’ve found one or two insane fabrics I insist on using despite my rep’s eye-rolling. Then the commercial rules and requirements for the collection come in and start (loosely) tethering me to earth.

Do you have any words of wisdom for someone starting out in your field?

I would tell every designer the thing that’s been repeated to me, over and over, since my first day of school: know what type of work makes you happy, and never compromise on your passion. The business is hard and it’s a marathon, not a sprint. The best part of the job is usually showing up to the job. You have to love it. 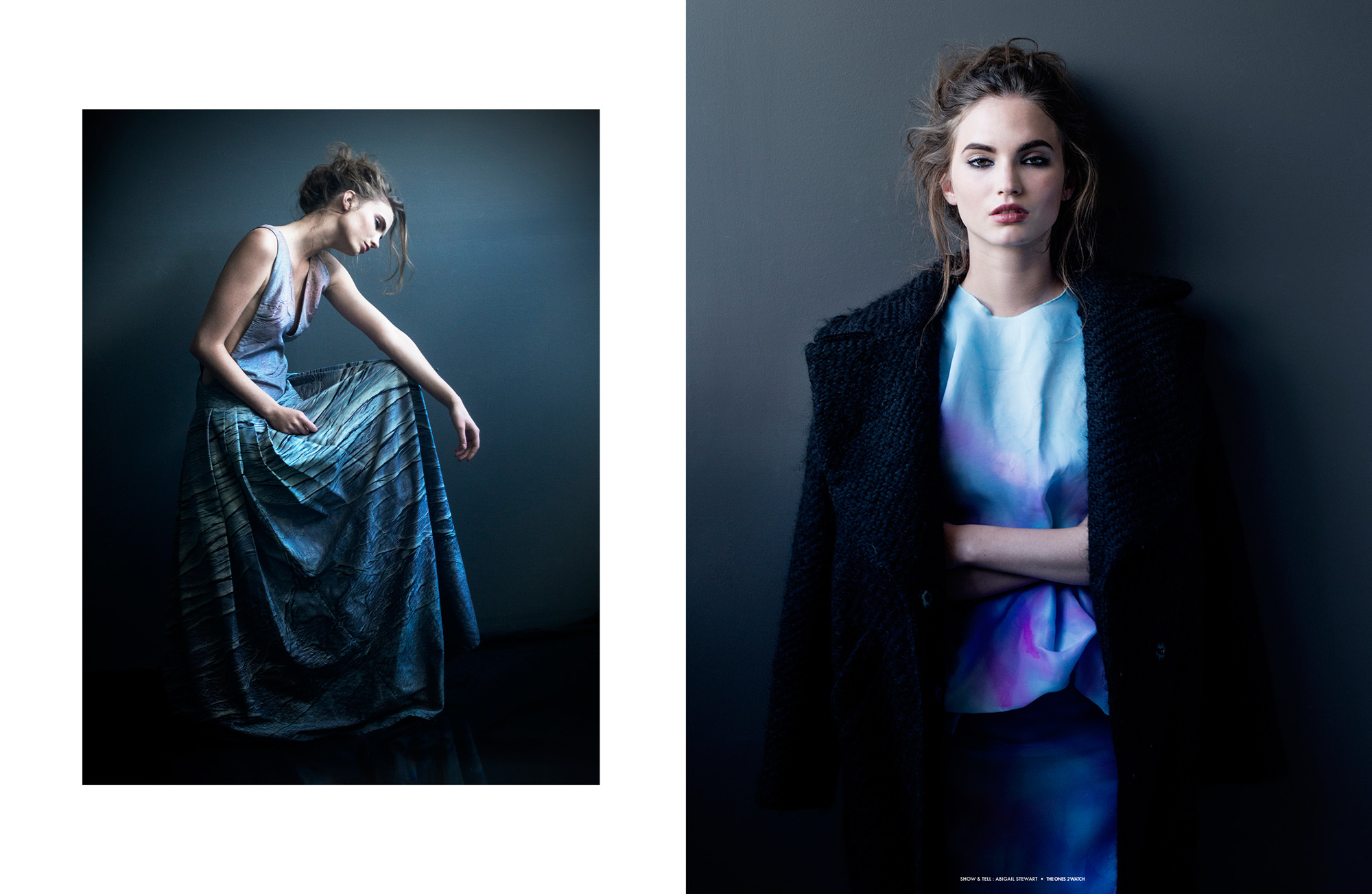 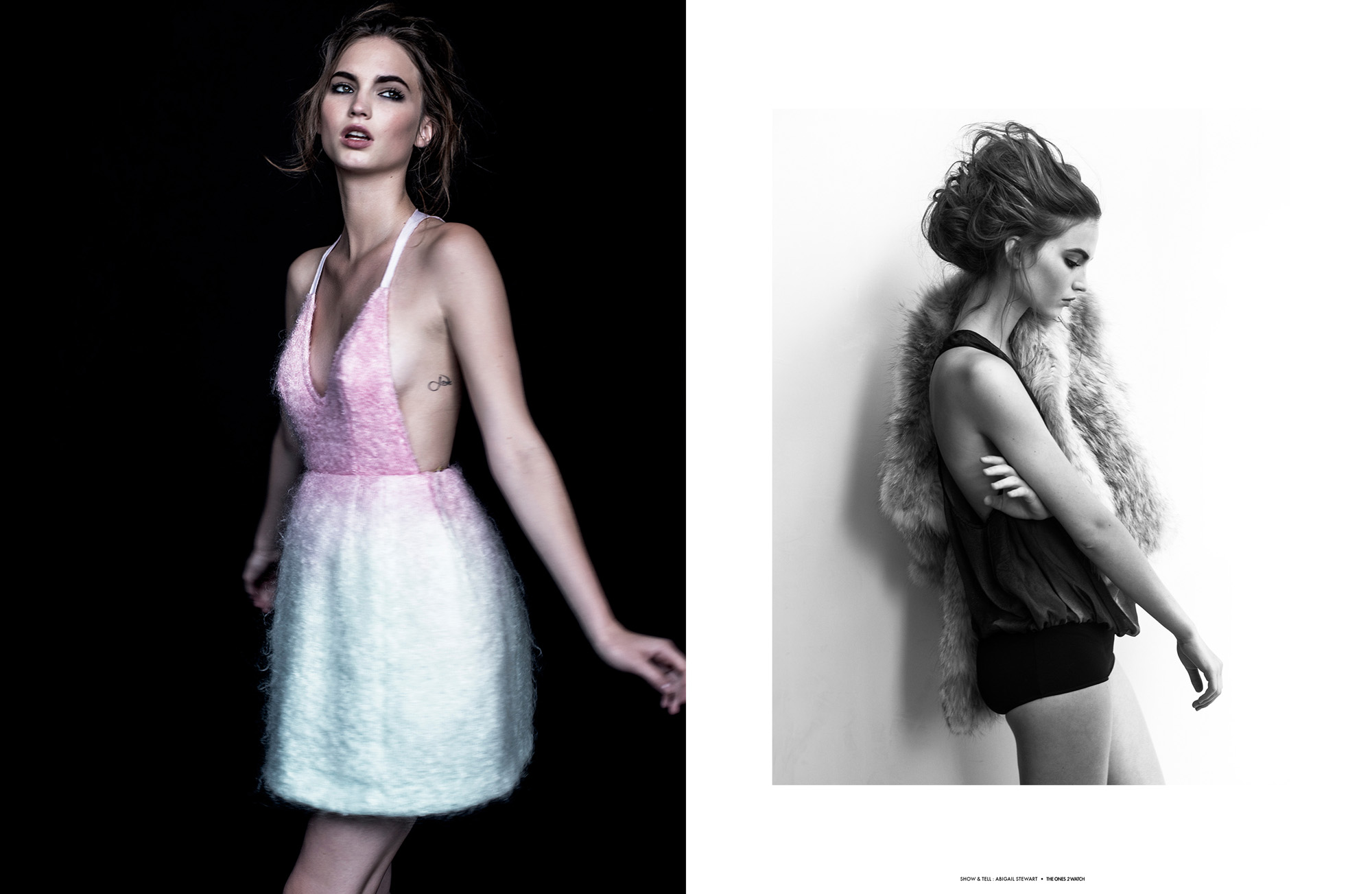 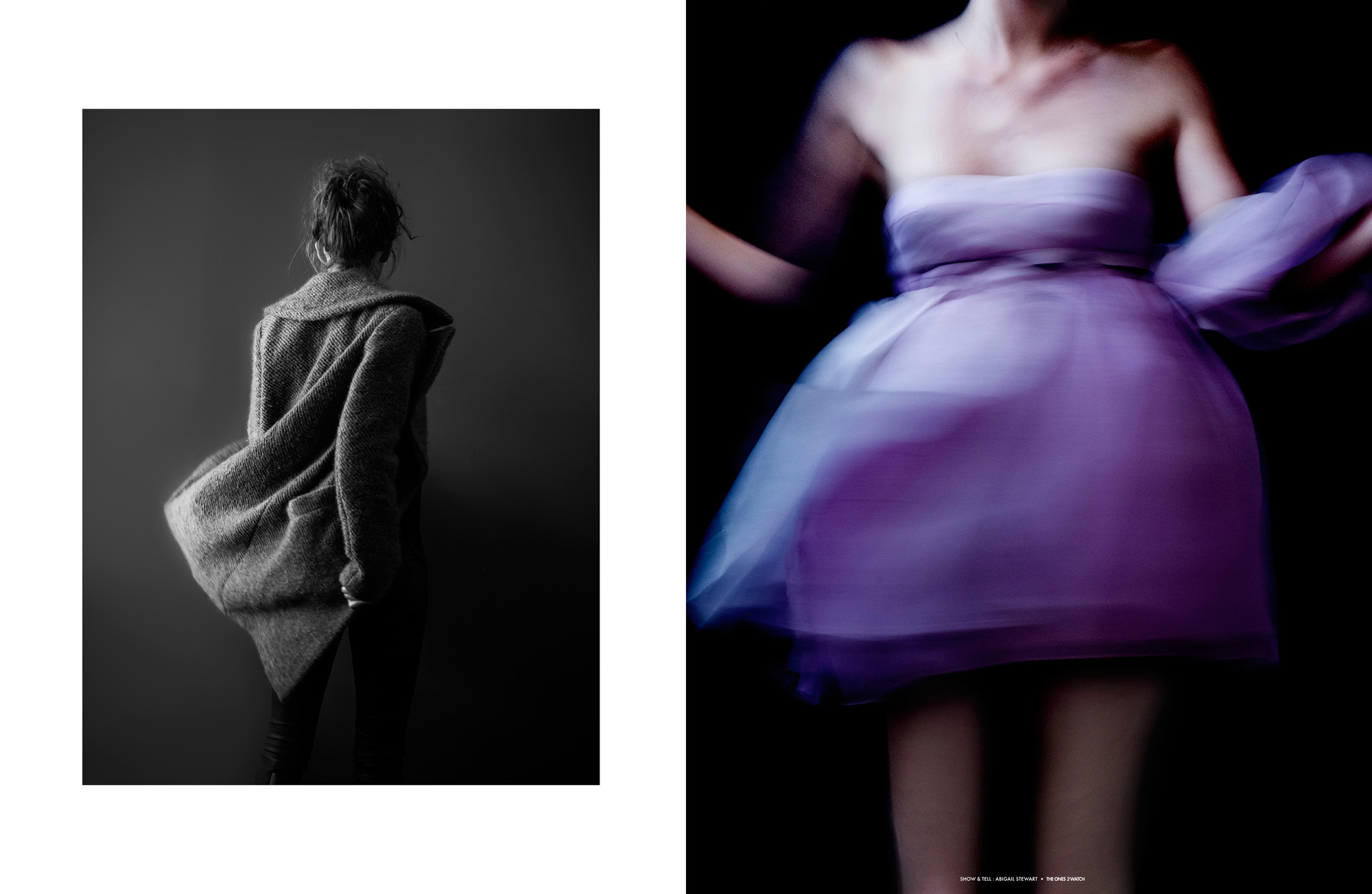 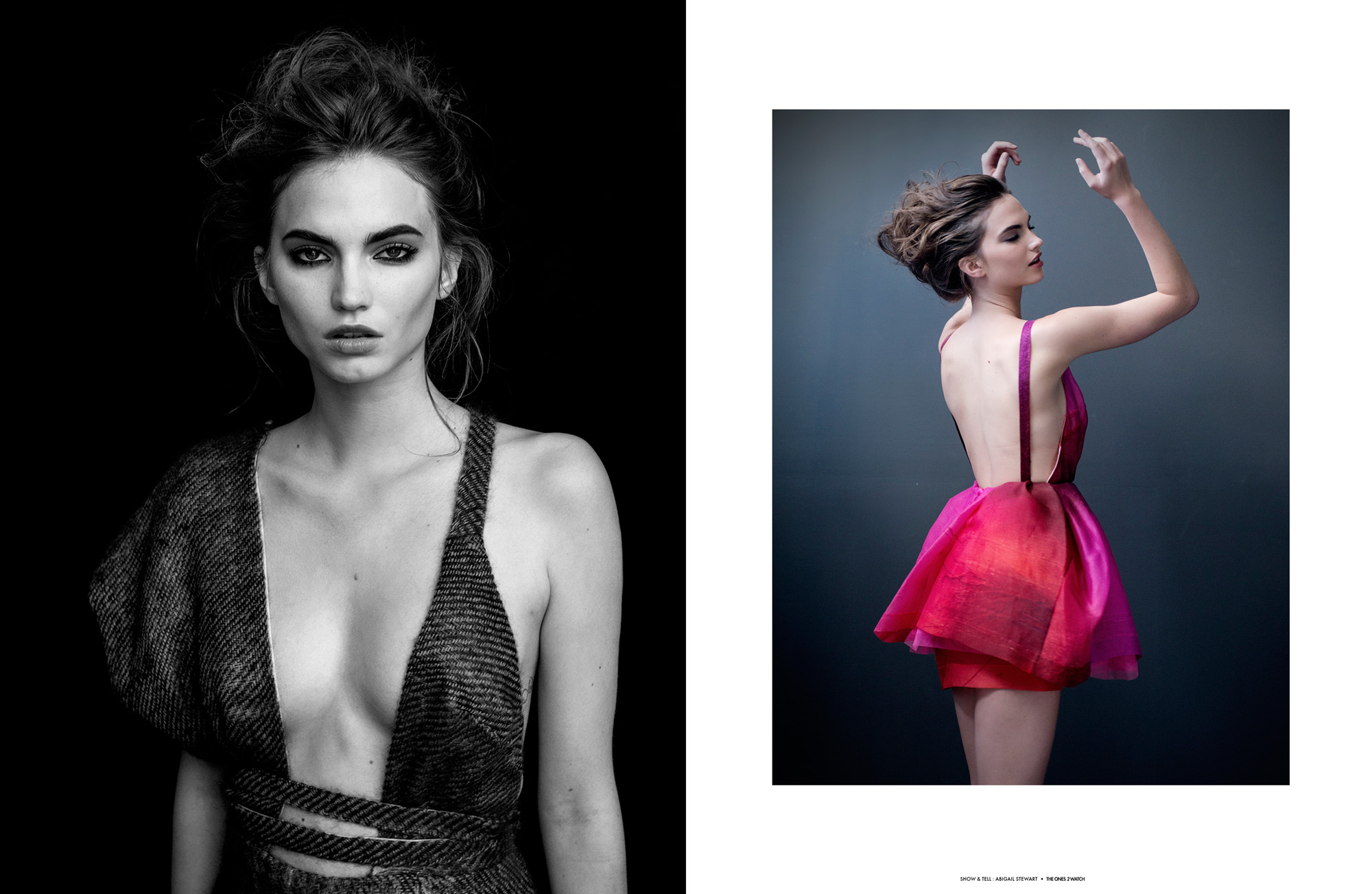 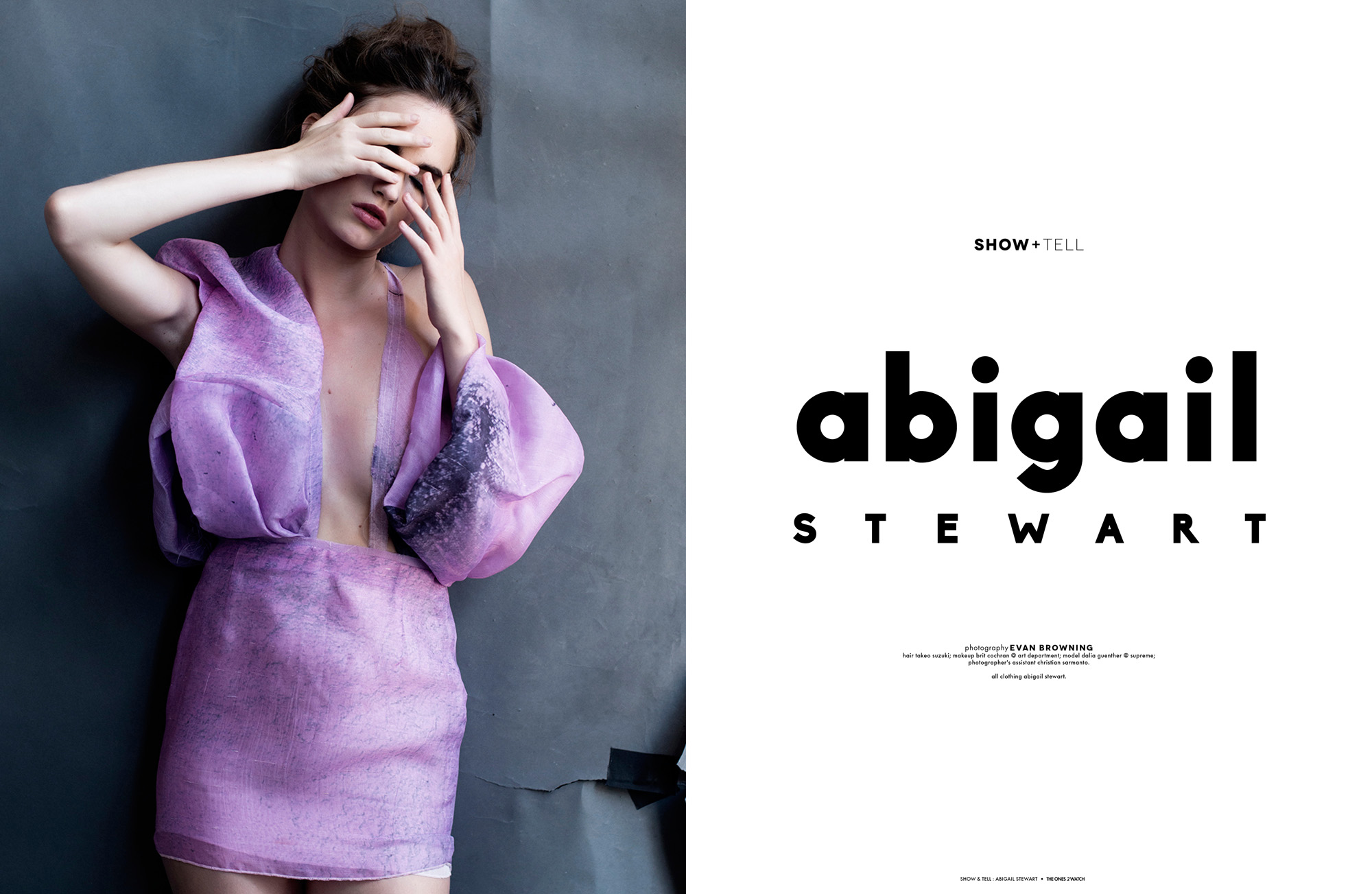