Charlotte Macke and Holly Keepfer are Sen Wye, a new British brand dedicated to the luxurious, detailed, and feminine. Heavily influenced by catwalks of the 90s, minimalism mingles with vintage embellishment in designs that are sexy, effortless, and always impeccably crafted.

When did you know that this was what you wanted to do with your life? How did you get started?

Holly: This only became a life long ambition when Charlotte (now business partner) and I started discussing the idea of launching a brand together one day as a ‘can you imagine’ kind of idea and when we actually looked at the reality of the plan, we realised that we could actually achieve it. We wanted a few years in the industry working in separate fashion fields and then when we felt the time was right we started to build SEN WYE.

Charlotte: I interned for a french couture house when I was 15 in Paris. It was everything you can imagine it would be, very traditional in its ways. I guess I kind of knew then this was something I wanted to pursue. The next step was to finish school and start a BA in fashion at university.

What effect (if any) do you think your childhood has had on the creativity you display as an adult? What are your earliest memories involving fashion?

Holly: I think having both my grandmothers involved in fashion, one grandma being a Selfridges window designer, and the other a model in the 60s. The creativity and interest became apparent from an early age of mine.

Charlotte: My great auntie gave me this mannequin made out of cardboard, a bag of vintage fabric and taught me how to hand stitch when I must have been around 12, I would get up in the middle of the night not being able to sleep and experiment with shapes, keeping my sister up.

What is your design process?

Holly: The start of my design process is captivating and developing the initial ideas from a previous season and evolving and creating a fresher look to the brands key styles/silhouettes/colours from archives in magazines. The fabric sourcing and colour scheme is so important to building a range. This is key for me at the beginning of a season.

Have you ever doubted your talent/work? If so, how did you work through it?

Holly: Every designer/creative will go through doubts in their own work. Sometimes its a relief when you have two creative directors to bounce ideas off and collaborate together and it’s also good for constructive criticism on a design idea, because you can build it into a stronger piece.

Charlotte: Having your own business is like being on a constant rollercoaster. It’s just part of the process to go through doubts about yourself and your creativity. The key is just never to think too long and hard on something, if it doesn’t work move on and try again.

Do you design with a specific client in mind? If so, who is that person?

Charlotte: She’s fun and confident, her look is influenced by working and socialising in creative environments, she buys into quality and her wardrobe is full of designer/vintage staples.

Is there a piece or a collection you are most proud of?

Holly: I would say all. But the embellished styles each season I suppose are the timely and the most costly development. You could look at it as a piece of art when it is completed.

Have commercialism and/or the media had any impact on your work? Is this good or bad?

Charlotte: We try to not let commercialism or media influence what we do, it’s easy to get lost overanalysing trends, celebrities and media. We go with our gut and what we’ve always believed in.

Who/what is something or someone fabulous that you think is underrated or overlooked?

Charlotte: Kendall Jenner/ Cara Delevigne are for me the epitome of overrated.

Do you have any words of wisdom for someone starting out in your field?

Holly: I would say that it is not always going to be easy but the rewards you can seek are and can make such an impact on your life. It’s crucial to have strong support and enough of a back bone to keep going when it gets tough. Nothing is easy in this competitive industry but we are doing what we believe in and are positive about what the future holds for SEN WYE.

Charlotte: Prior to starting anything make sure you have a really strong business plan. Be receptive to feedback, open your eyes and be willing to learn to do everything yourself at first. 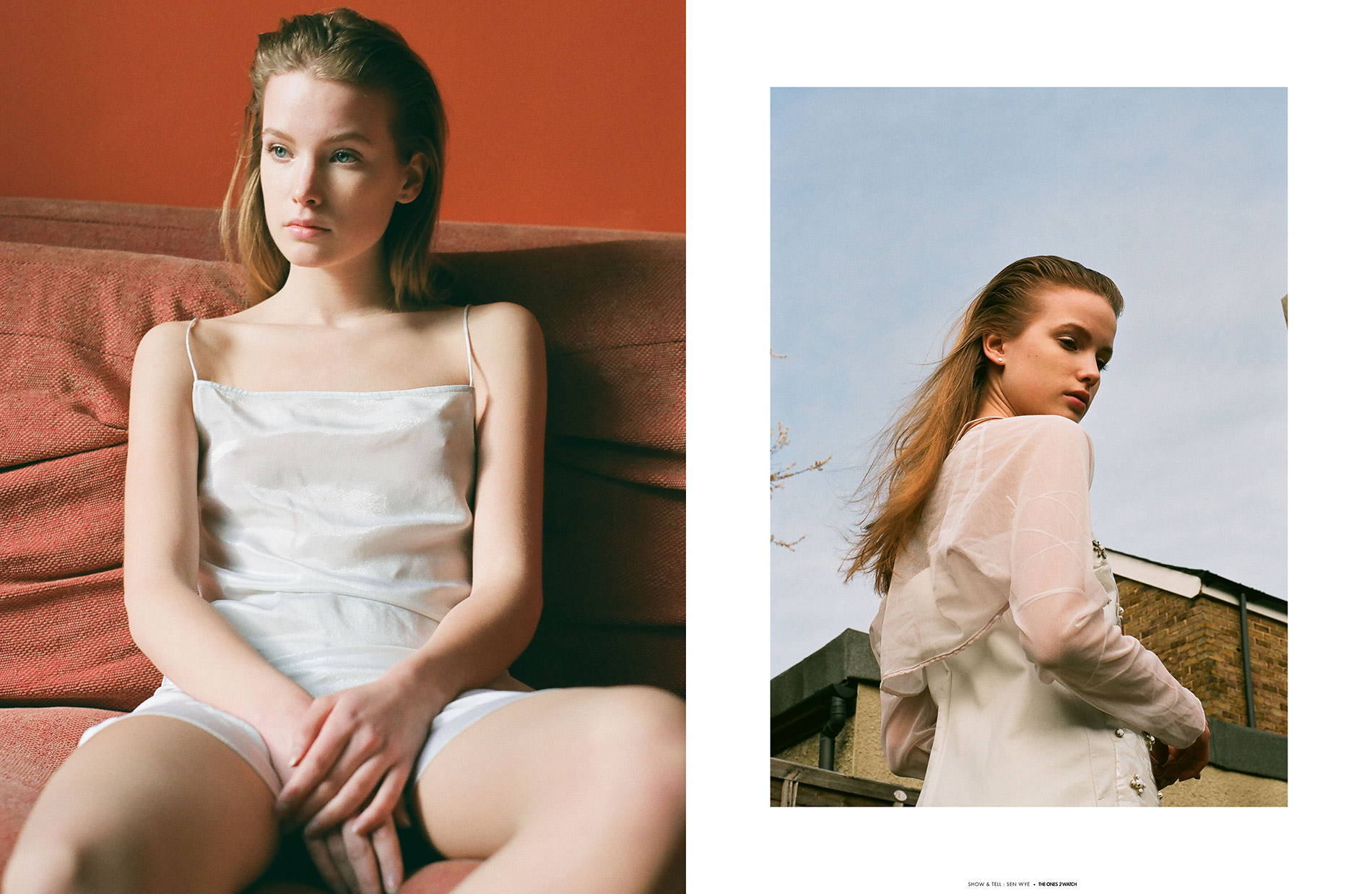 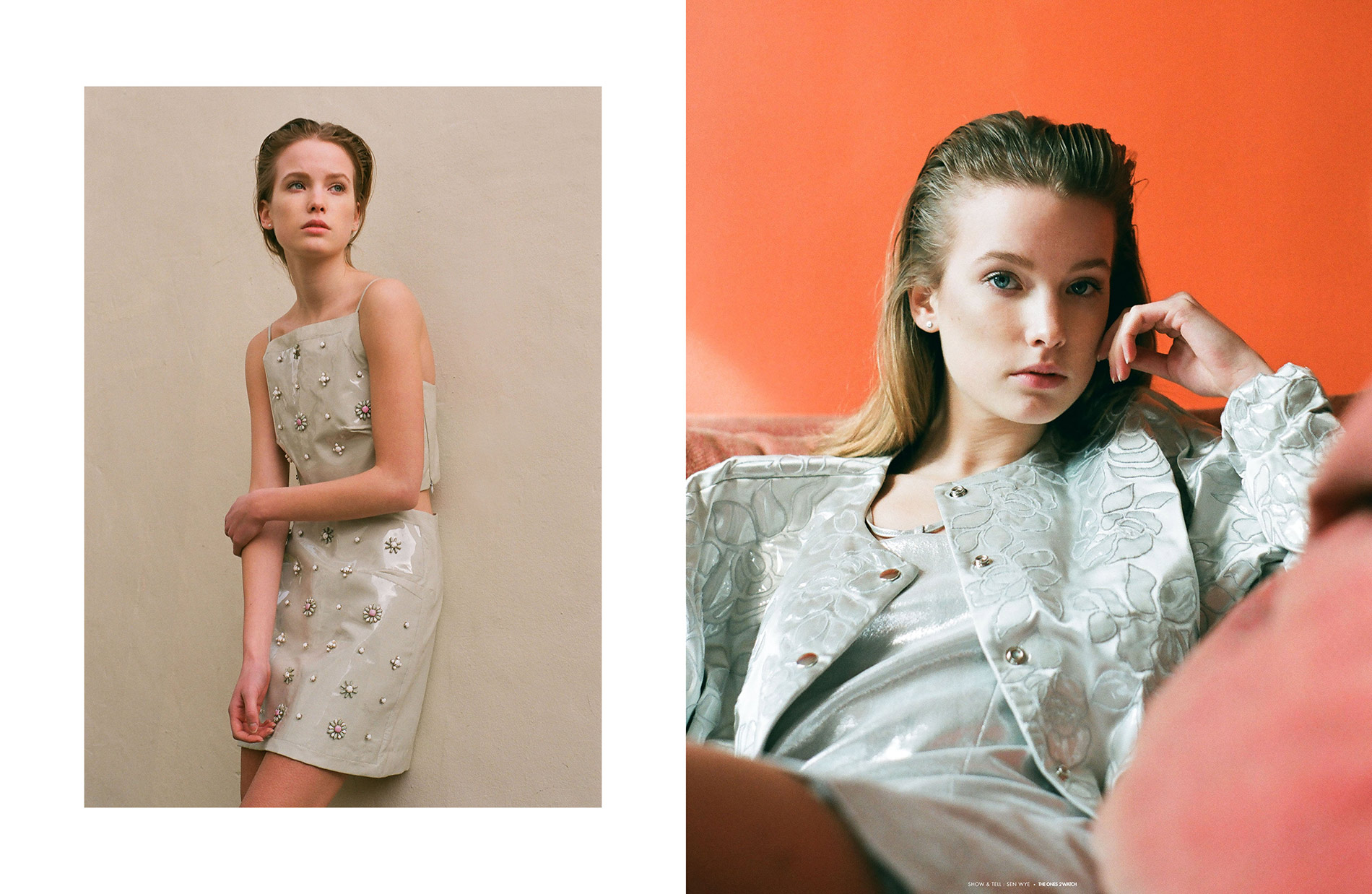 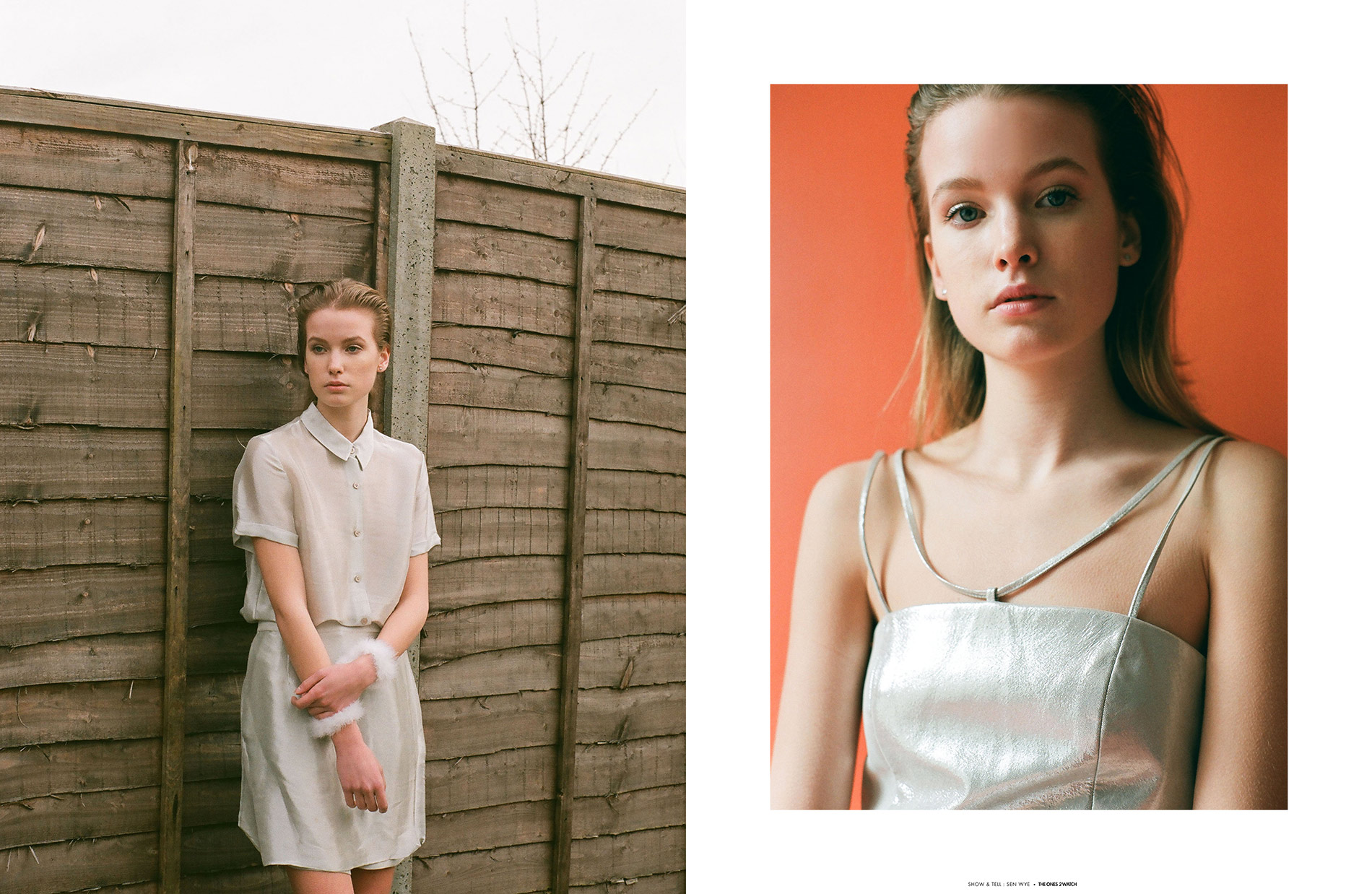 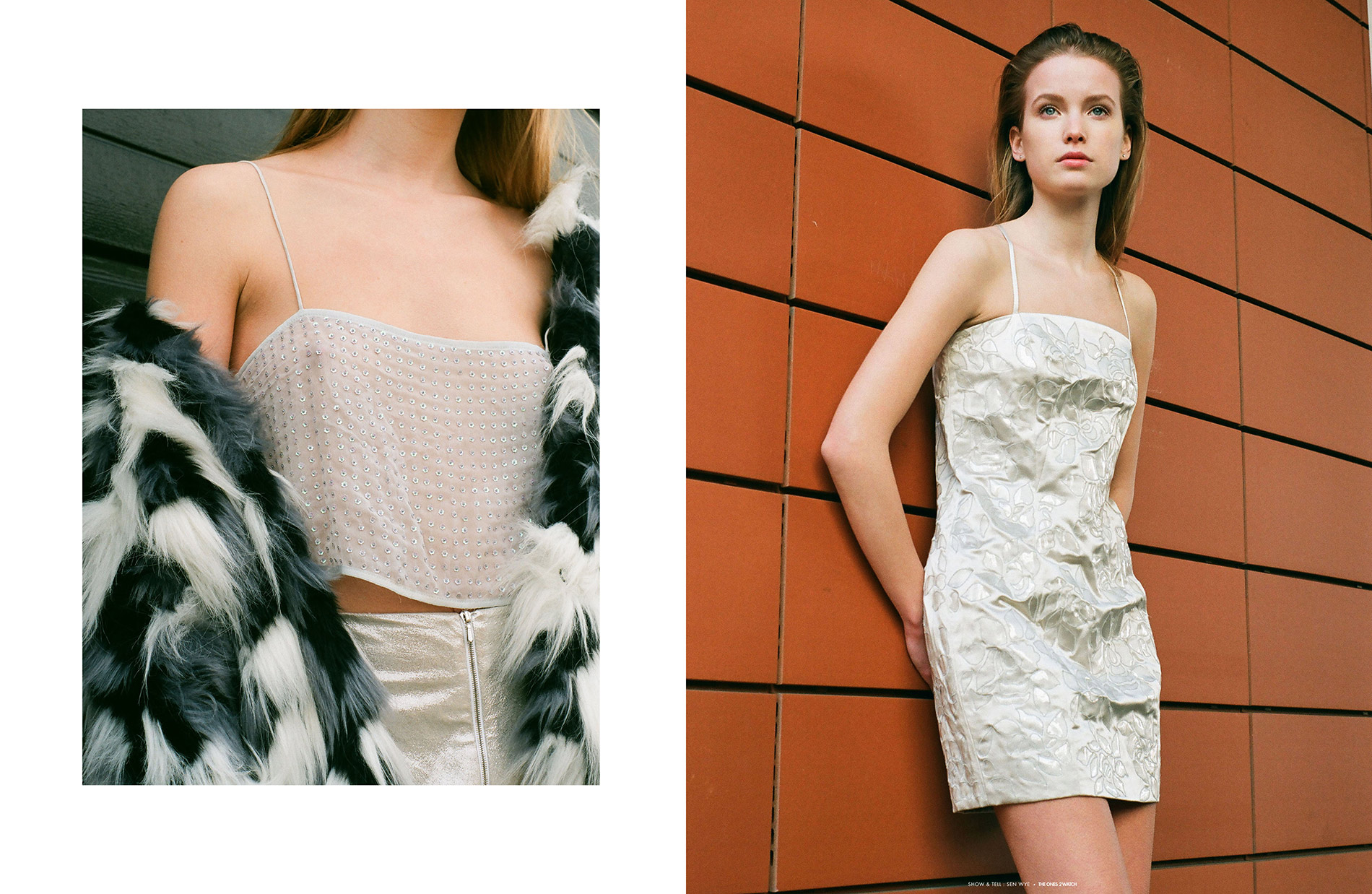 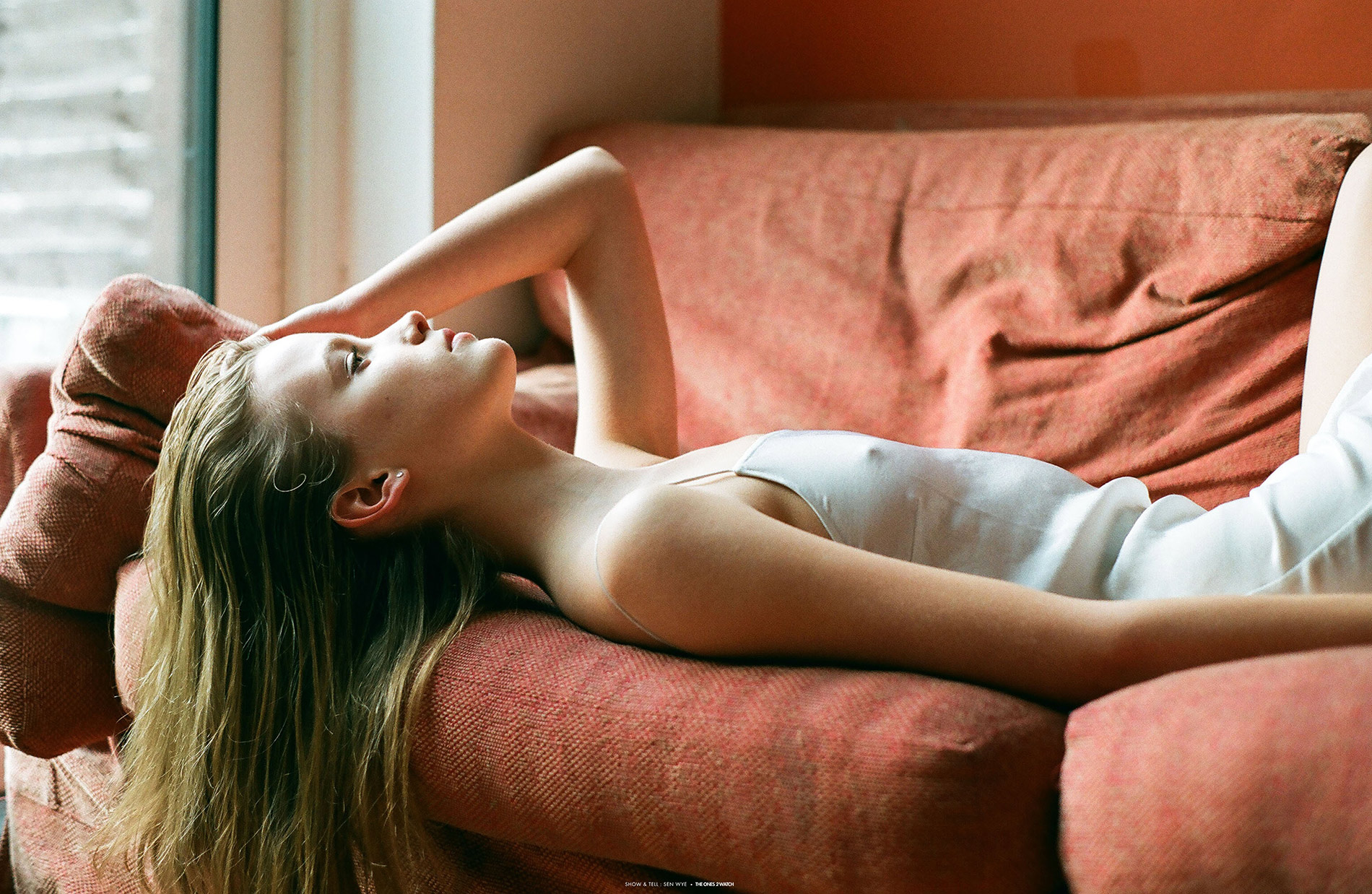 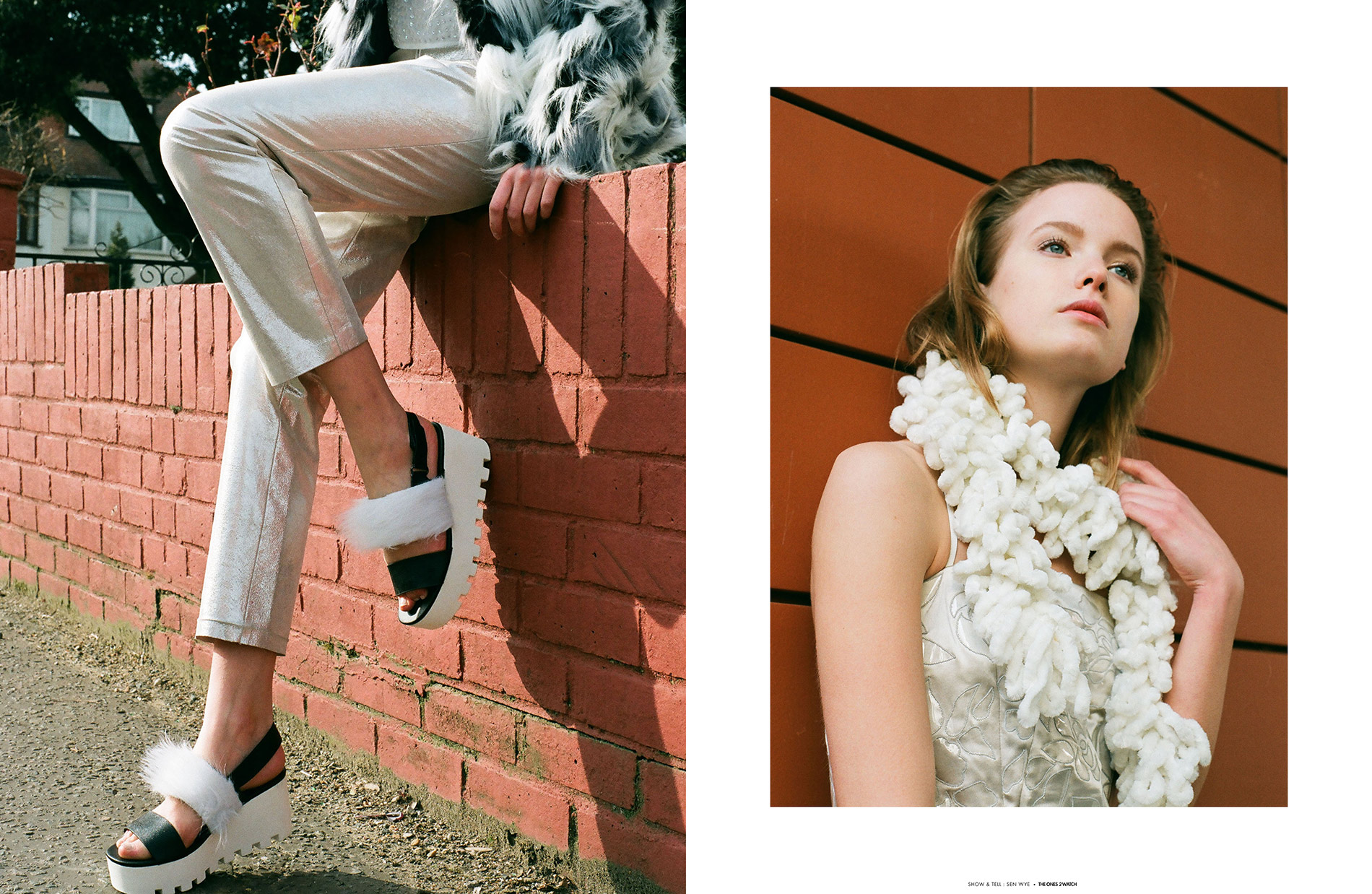 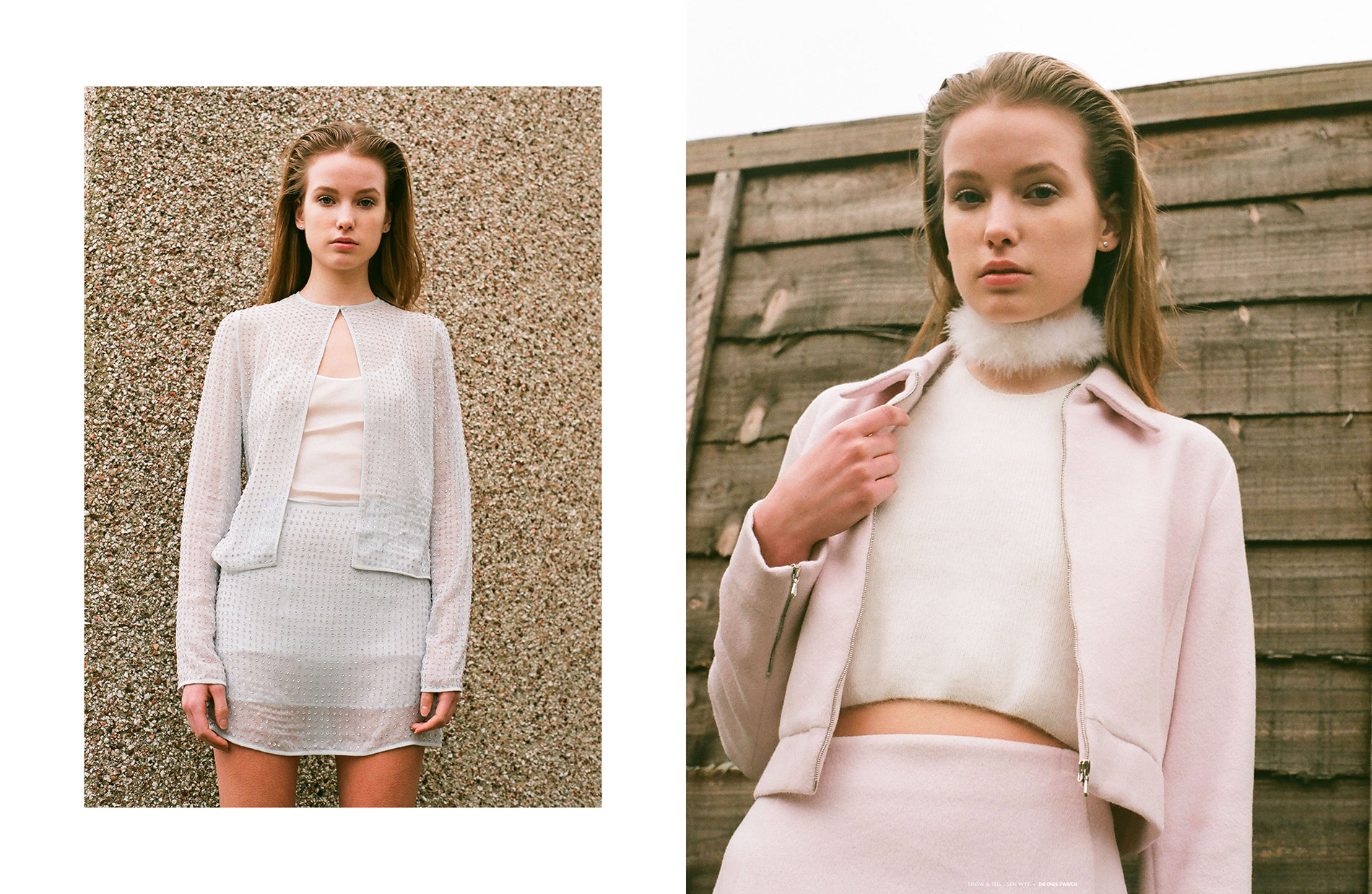 left: white top (worn under) stylist's own; all else SEN WYE 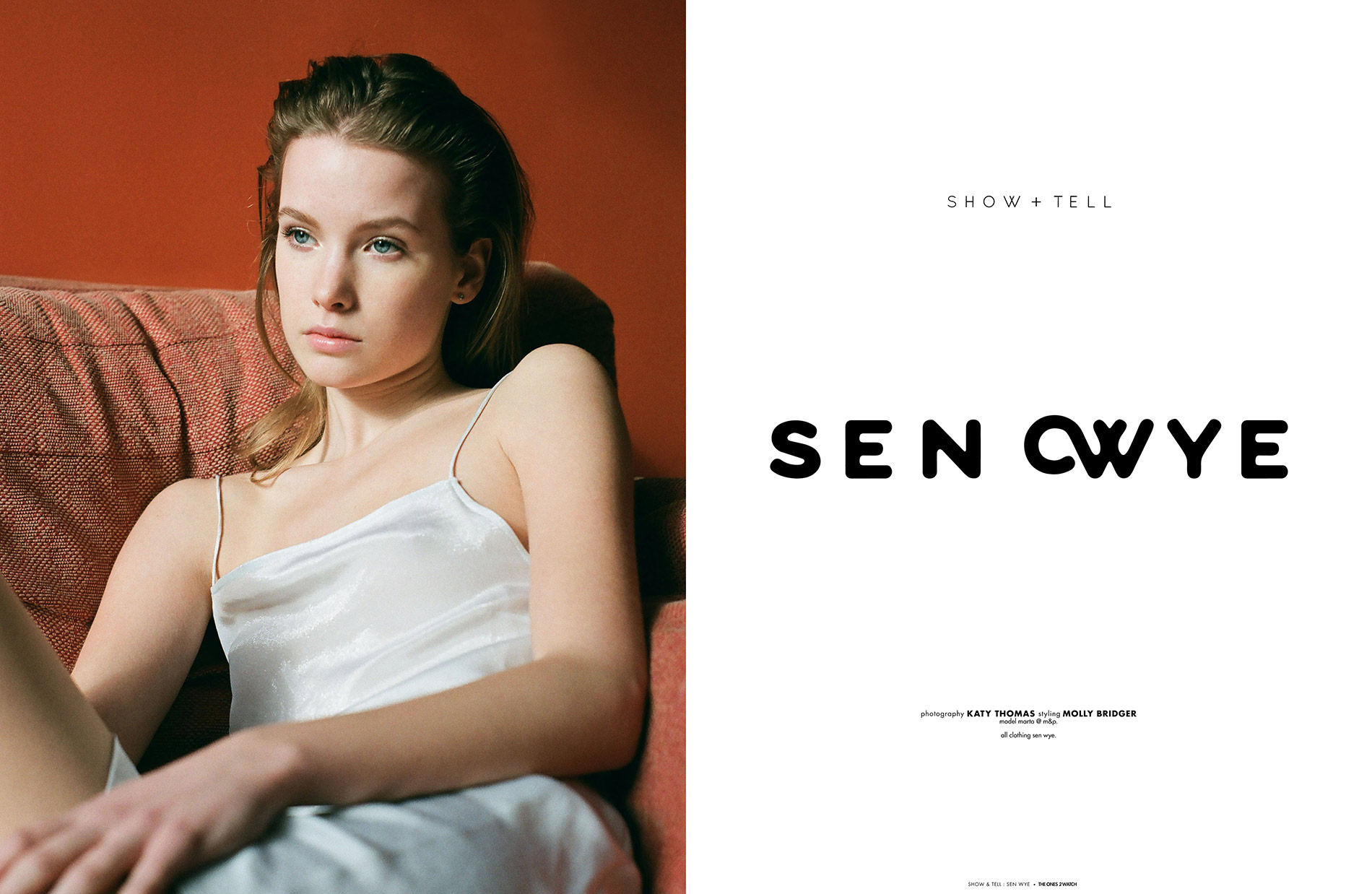